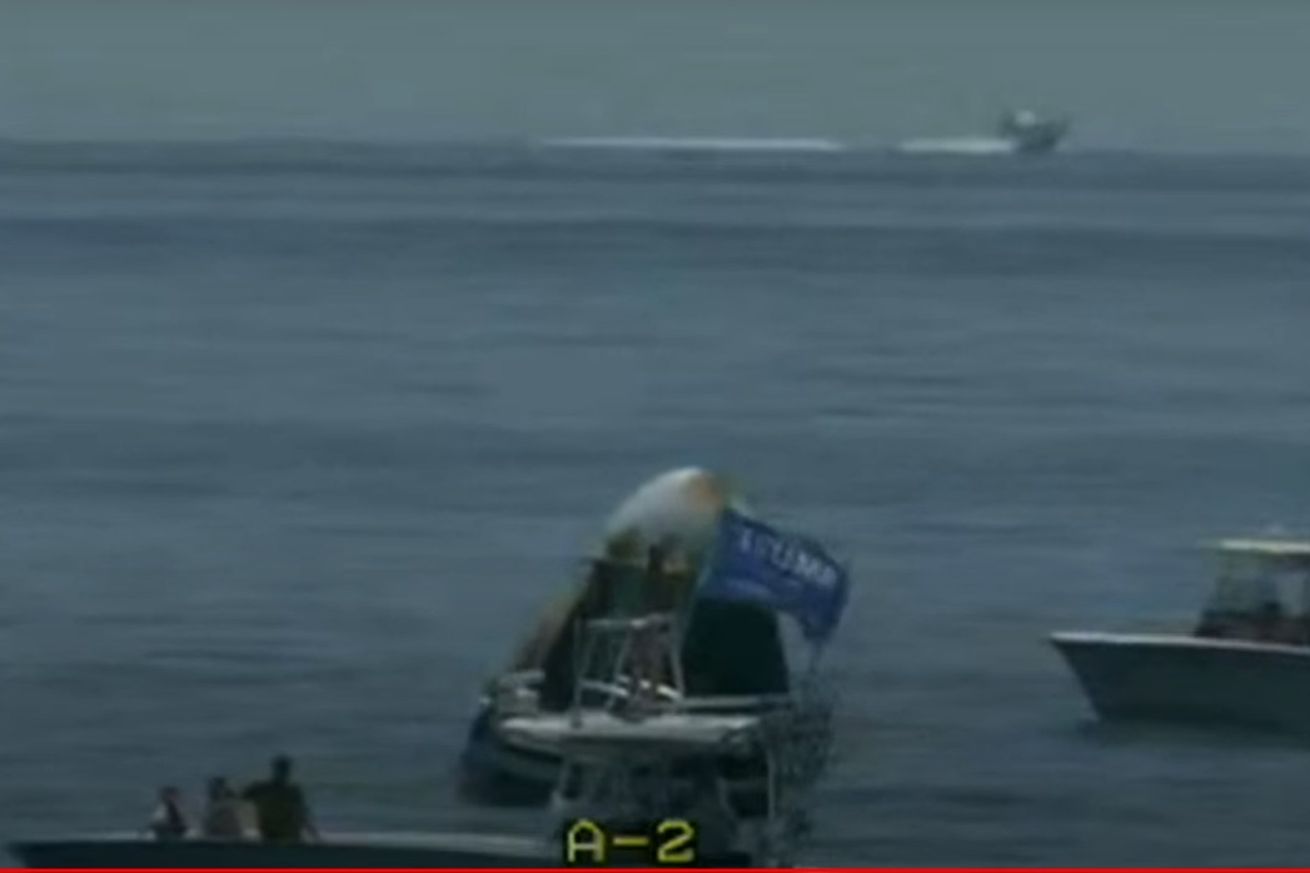 After SpaceX’s Crew Dragon capsule splashed down in the Gulf of Mexico on Sunday and before NASA astronauts Bob Behnken and Doug Hurley were out of the capsule, dozens of boats circled the area, creating chaos as recovery crews tried to get to the spacecraft. One had a banner with a “Trump” logo on it.

Quite the crowd in the vicinity of Crew Dragon as the main recovery ship approaches. #Demo2 pic.twitter.com/D0MwhT3GCn

The spacecraft completed a two-month mission to the International Space Station, and splashed down in the Gulf of Mexico off the coast of Pensacola, Florida at 2:48PM ET, where recovery boats were waiting nearby to receive the crew.